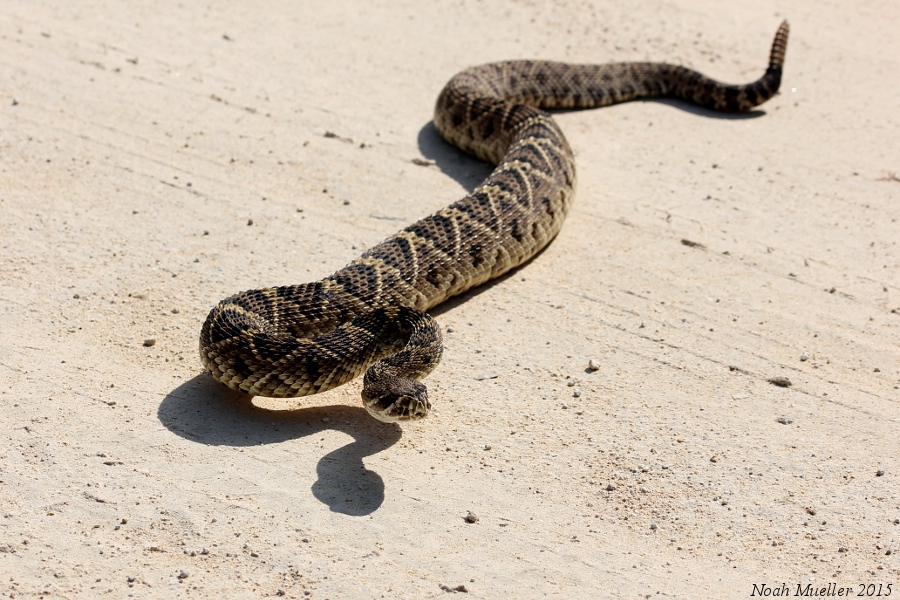 Speaking Up for Snakes

At ABPRI, we’re passionate about protecting all wildlife, even those creatures that have a bad reputation. Snakes are often feared and indiscriminately killed. This is especially true of venomous snakes like rattlesnakes and cottonmouths. Driving around Alachua County, we often see snakes that have been deliberately run over by automobiles. Although people who kill snakes may believe they are acting to protect other people, in most cases snakes are no danger to others and are a vital part of our ecosystem.

Rattlesnakes face other dangers from events like rattlesnake roundups. These events are held in seven states and involve collecting and killing thousands of rattlesnakes each year. These events may hurt rattlesnake populations, which in turn affects humans by damaging natural systems of rodent control. Increased rodent populations can limit the amount of food brought to your local grocery stores each year. Rattlesnake roundups are damaging to the ecosystem and cruel.

Most snakes are not venomous, even in Florida. Harmless water snakes, for instance, are often killed because they resemble cottonmouths. Rather than killing snakes, there are a variety of resources available online to help you distinguish between snakes that are potentially dangerous and snakes that are not.

The Importance of Saving Snakes

Even venomous snakes are important to the ecosystem, and only rarely threaten humans. Snakebites happen most frequently when the snake feels threatened, or when someone is harassing the snake. Snakes don’t deliberately target humans for bites. In fact, most of them are just happy to be on their way.

Snakes are a critical part of the ecosystem here in Florida and worldwide. Many snakes eat rodents, keeping their populations in check – a good thing for those of us who prefer fewer rats and mice in our homes. Other snakes have evolved to eat specific prey, maintaining balance within their ecosystems.

Snake venom also has critical medicinal uses that scientists are only beginning to understand. Not only is venom used in the production of antivenin – the very substance that has saved the lives of people bitten by venomous snakes – but researchers are also examining the chemical compounds found in snake venom to help develop drugs with the potential to treat other medical conditions. From advanced painkillers to blood thinners to treatments for cancer, new classes of drugs derived from snake venom are appearing every year.

We love snakes and believe that these fascinating creatures have a lot to teach us. Rather than killing snakes, we encourage you to learn more about the animals living alongside you and explore snake safety tips. Sites like the Eastern Diamondback Conservation Foundation and Advocates for Snake Preservation are a great place to start.

The Eastern Diamondback Conservation Foundation also offers Professional Venomous Courses for people interested in venomous snakes. In these workshops, you’ll learn what to do if you’re bitten by a venomous snake and how to safely relocate venomous snakes off your property or the road if you encounter them. They also offer a Venomous Handling Certification for wildlife technicians, biologists, and other people working with venomous snakes in the field. To learn more, check out their website!

Your scaly neighbors will thank you!

Ashton Biological Preserve is a working conservation facility. While we love visitors, please note that we are not open to the public without a reservation. Thank you!